How the change process impacts person and family engagement 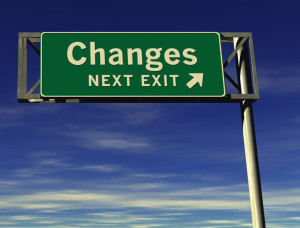 Pro-Change is home to the Transtheoretical Model. Tell us about the model. Who developed it and how does it work?

The Transtheoretical Model (TTM) is a theoretical model of how people make behavior changes. It was developed more than 30 years ago by Dr. Jim Prochaska, the founder of Pro-Change Behavior Systems, and his colleagues. It looks at the behavior change process through a series of five stages of change. Instead of simply saying a person is doing something or not doing something, the model looks at how ready a person is to make a change. The five stages of change are:

The stages of change are key, but they are only one part of the full model. The TTM also includes the principles and processes of change – the “hows” of change that determine how we interact with people in each of the five stages of change to move them to the next stage. For example, many of us were taught that simply increasing someone’s knowledge about why they should do something – exercise more, for example, or quit smoking or eat more fruits and vegetables – won’t motivate them to take action on that behavior. While education is often not enough, it is certainly a critical part of the overall behavior change process. The success of using a process of change such as increasing knowledge depends on a person’s stage of change. Increasing knowledge of the behavior is especially important in Precontemplation when people are not yet thinking about taking action. By increasing their knowledge about the benefits of why the change is important, we help them move forward to Contemplation, the stage where they start to think about making a change. That’s the first step toward success. So the key is to use the full TTM, which includes tailoring the principles of change to the correct stage of change.

What types of behavior change is the TTM typically used for?

It’s been used in many different areas. Initially, the focus was on smoking cessation and other addiction behaviors including alcohol and substance use. But it’s now been applied to a wide variety of behaviors across many different countries and cultures, languages and age groups. It’s been shown to be effective with older elementary school students, middle school students, high school, college, all the way to older 2 adults. The behaviors include health behaviors such as exercise, healthy eating, weight management, medication adherence, and stress and depression management. The TTM is also used in violence prevention programs such as dating violence prevention, domestic violence prevention and bullying behaviors. It’s also useful for organizational change, financial behavior and more. It’s really widereaching in terms of how it’s been applied.

What about its application to person and family engagement?
We have several projects that focus on helping people become more involved in their health care. The
Proactive Health Consumer program helps individuals more fully engage with the health care system by
becoming more informed about their choices, sharing in decision-making with their health care
provider, making financially responsible choices and, of course, engaging in healthy behaviors. The
program is targeted to consumers’ roles as patients or users of health care, purchasers of health care,
and providers of care to family members such as children or elderly parents. The program focuses on
behavior changes that result in people using the tools that are out there, such as claims trackers or
decision aids for a health condition. These tools are available from a variety of sources but most people
don’t use them. They’re just not ready to become proactive about their health care. So our focus is on
the process of getting them to become more proactive and engaged.

Why aren’t people ready to be proactive?
For a variety of reasons. Sometimes, it’s because they don’t realize that there is a need to change. They
may not grasp that there is an issue that might be harmful to them. It could be that they have tried to
change and failed and they’re demoralized. Or, they think they can’t do it or don’t feel empowered to do
it. What our programs focus on is, as I said, each person’s stage of change and what it will take to move
them forward to the next stage. We don’t pressure them to take action right away. We actually bring
them through the whole change process, one stage at a time. And that leads to much more sustained
engagement and behavior change in the long run.

Why do you think change is such an important factor in helping people become more activated in the
health journey?
It is a change process. As I mentioned, we know that simply educating people that smoking is bad for
them or that they shouldn’t be doing something doesn’t always mean that they’re going to stop. I think
for many people, becoming engaged in their health care is something new. As the health care system is
changing, people are taking on different roles and responsibilities and it is a change in the way that they
behave and interact. By getting them more engaged and proactive about their health care, they take
more control of it, they are more educated about what’s happening, and they also make better
decisions about their care. There are so many changes going on in the health care system right now that
without having some level of engagement, people can feel a little bit lost.

What about engagement from a clinician’s or caregiver’s perspective? How do you motivate them to
change?
We do a lot of work with clinicians to help them understand the behavior change process. Clinicians can
get very demoralized if they’ve been telling a client that there is something they could be doing that
would improve their health, or their life in general, and the person doesn’t make that change. By
educating them on the TTM and the science of behavior change, we can help them refine in small ways
how they interact with someone – to recognize the little changes going on and how they can provide
more engaging messages to help each individual along the process. Historically, if you have someone
who is in Precontemplation you try to move them directly to Action. If you tell someone they need to
cut down on their drinking and they have no intention of stopping drinking, the person is either going to
lie about it, become very defensive, or find another provider. By helping providers understand what the
behavior change process is, we can help not only the patient but also the provider be more effective.

See next month’s edition of the newsletter for Part II of Dr. Evers’ interview.